A Brush With Time 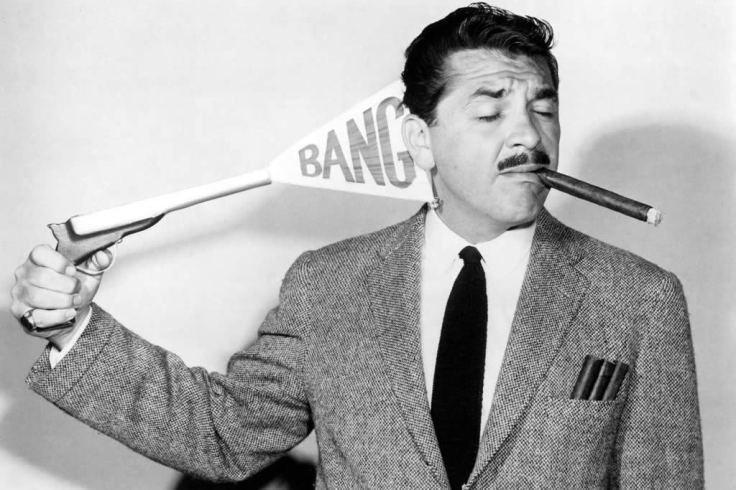 It was January of 1962 and I was working at Cedars of Lebanon Hospital in Hollywood, having arrived just a few months earlier.  I was a nurse in the operating room assisting open heart and chest surgeons. 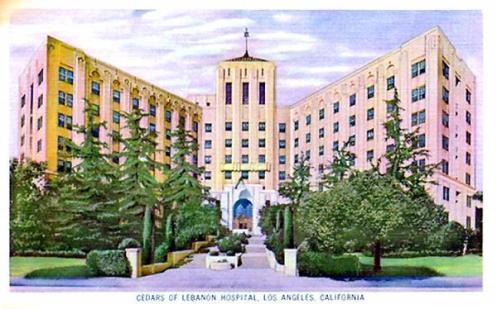 The gift shop in the hospital was extraordinary.  We nurses who worked there received our paychecks weekly and spent them almost entirely in the hospital gift shop on souvenirs, clothes and jewelry.  I would get my paycheck in one hour and by the end of the day most of it was put right back into that gift shop. It was on one particular payday in January when I was busy looking for my next treasure that I bumped into a gentleman buying a get well card.  He was very tall and smoking a cigar, and I knew who he was. He started to chat with me and told me that his name was Ernie Kovacs and that his mother was a patient, and that she had run over herself with her car. This is Ernie Kovacs, the most celebrated comedian of the day, telling what comes out as a very funny story about his crazy Hungarian mother who had survived this terrible accident, and that he was here to visit her.  Her doctor was one of the two heart surgeons whom I assisted at the time. Even though I was awestruck, Ernie had me laughing about his mother’s antics as he animated the story, “She thinks she’s putting it in park,” he said “but she didn’t and she gets out and goes to the front of the car, and who knows why…” his arms up in the air as if searching for the answer, “and it rolls over her chest!”

Ernie was a true comedian of the 60s, loved by everyone with his signature cigar and good looks.  He chatted me up for a while, and in a most friendly and gentlemanly manner, he then invited me to a party that evening.  I think he just wanted to show me around Hollywood, there was nothing uncomfortable about his invitation. However, I was new to the hospital and the area, and coming from a small town in Pennsylvania just a few months earlier, I was very naive.  His offer was a little overwhelming, thus I declined.

I returned to my apartment in Hollywood, and relayed my hard-to-believe story to my 2 roomates, about Ernie Kovacs inviting me for a night on the town.  The girls were all a giggle, the room filled with OOOHs and AAHHs – everyone was impressed. We had a such a fun time over this; imagine Ernie Kovacs asking me to a party!

I had purchased a green Ford for $150 in downtown LA when I first arrived to town.  I was using it to get around, but also to teach my two roomies how to drive. It had bald tires, and a rusty exterior, but it ran.  So after supper on my Ernie Kovacs story day, I took them up to Griffith Park for some driving lessons, and when it was dark, and when the park lights came on, we drove up through “the hills” to see the beautiful Hollywood lights.

On our way back we took Santa Monica Blvd. to our apartment and it had just started to rain, a typical California rainstorm.  As I approached the Santa Monica Blvd when it split into Santa Monica and Beverly Glen, the bald tires spun on the rainy pavement and my car screeched and slipped.  Fortunately, the old rusty Ford stayed on the road and we got home safely.

Early the next morning, I picked up the newspaper outside the apartment door and the headline read “CRASH KILLS ERNIE KOVACS.”  He was driving alone on Santa Monica Blvd. the night before, and at the intersection of Santa Monica Blvd. and Beverly Glen he slid and hit a telephone pole where the streets split.  He died instantly. He had come to this intersection just a few hours after we did and had been driving in a brand new Chevrolet Corvair. I had been in a $150 Ford with bald tires in the same rainstorm, at the same intersection, and also slipped, and  yet not a scratch on me or my roomies.

I have had many skirts with death, but none compared to this brush with time.  I wanted very much to say “yes” to Ernie Kovacs’s invitation for a night on the town, but I was so young, starstruck and unsure of myself that I declined.  And thank God I did.

I am a media and communications expert, author, publisher and small business owner. I publish Conway Confidential for the New York Daily News and am the President of Astonish Media Group in New York City.

This is a text widget, which allows you to add text or HTML to your sidebar. You can use them to display text, links, images, HTML, or a combination of these. Edit them in the Widget section of the Customizer.